Menu
Home
>
The Most Recent World Cup
>
World Cup 2018: An Edition to Forget for the Germans

When the German national team stepped inside Russia in the summer of 2018, they had come on one mission- to defend the cup they won with so much pomp in 2014. The last the world had seen of them was the crowning in Brazil. They edged Argentina 1-0 to win the cup, but what was most memorable was a 7-0 thrashing of host Brazil in the semi-final.

The world was confident that the German Machine could repeat its 2014 heroics, and they were widely tipped to go the distance. Their route also appeared to be an easy one, playing in the same group with Mexico, South Korea, and Sweden. Everyone expected them to sail through with ease. Except they did not. 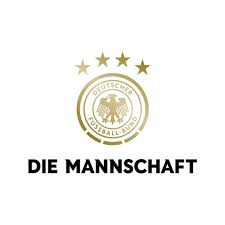 Mexico delivered the first blow to Die Mannschaft, beating them 1-0 in the opener. Hirving Lozano’s first-half goal was enough to cast an early doubt on Joachim Low’s side. They, however, showed signs of getting back when they edged Sweden 2-1 in their second group game.

With South Korea being their final group opponent, there wasn’t much sweat to be shed. Son Heung Min and his team had other ideas, however. They beat the Germans 2-0 to send them home early, much to everyone’s surprise.

At that point, it was clear that 2018 was a special world cup. One giant was already out, and teams were pulling surprises. England and Belgium had particularly great runs. Croatia, a team that did not have great odds, surprised the entire football world.

Led by Luka Modric, the Croats got the world talking as they went all the way to the final. A dream finish was, however, not achieved as the French roared to glory. Despite a great fight, the final at the Luzhniki Stadium, Moscow ended 4-2 in favour of France.